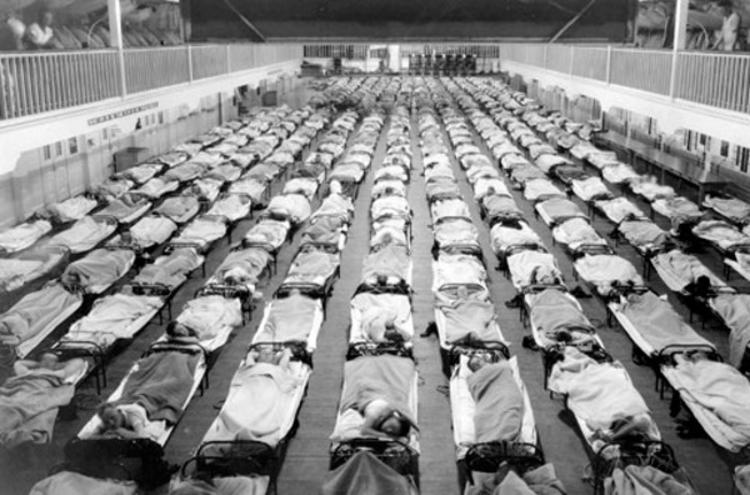 World War II ended in the atomic bomb, World War I ended in the flu virus. Between 1918 and 1920, at the end of the First World War and two years after the war, a pandemic called “Spanish flu” swept across the Americas, Europe, Asia and even Eskimos, capturing The lives of 50 to 100 million people in the world reached 5% of the world population at that time. The number of people it knocked down far exceeded the number of war casualties. Even more mysterious and frightening is that the disease likes to attack young people, and in a few short days, those strong bodies will fall painfully. Later, some researchers think that the flu may bring war on the population Reducing one of the reasons for the early end of World War I. American hospital during the pandemic Just as its arrival is unknown, its disappearance is not due to the valor of human beings. The flu in Spain is a “plague” that has been said by many people in history. From time to time people are reminded of the catastrophic consequences of the plague, and thinking is not without merit.